What is CBDV? And Why You Should Care!

CBDV, or Cannabidivarin, is like the lesser-known twin brother of CBD. CBD and CBDV share a lot of the same features and characteristics, especially on a molecular level. Like its homolog CBD, CBDV has 7 double bond isomers and 30 stereoisomers. But CBDV has a side-chain shortened by two methylene bridges, which sets it apart from CBD, not only on a molecular level but a chemical level as well, i.e., how it interacts with and affects the human body. 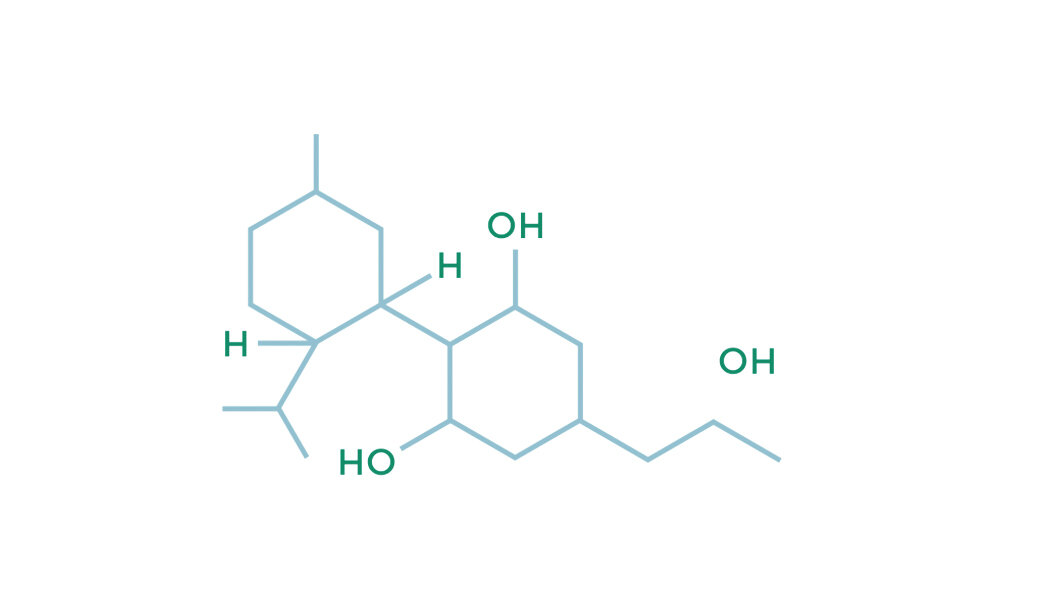 While these two cannabinoids occur naturally in the cannabis or hemp plant and produce no “high” like that of THC, CBDV occurs in much lower concentrations in most commercially grown CBD-rich varieties. In fact, most CBD-rich hemp varieties have far less than 1% total CBDV, which means that infused products like tinctures and topicals contain very little CBDV compared to the other minor cannabinoids (since these finished products are always diluted in carriers).

Although CBD has stolen the lime light with regards to its health and wellness boosting benefits, CBDV has been garnering a lot of attention in various not-so-mainstream circles for the molecule’s therapeutic potential. What we do know or think we know about CBDV is very promising for many reasons. Here is a short list of some of the therapeutic benefits of CBDV:

GW Pharmaceuticals, which developed the first FDA-approved CBD drug called Epidiolex, is actively developing a CBDV-based drug to reduce seizures. Their research has shown that CBDV affects the neuro-chemical pathway of the TRPV (capsaicin) receptors implicated in both the onset as well as the progression of several types of epilepsy. So along with CBD, CBDV has shown clinical promise in reducing or preventing various types of sizures, especially intractable epilepsy in children.

Preliminary research in animal models (rodent) shows that CBDV likely acts as an agonist to the CB1 receptors, thereby blocking the nausea response.

CBDV has shown to be a powerful inhibitor of a signaling molecule known as L-α-Lysophosphatidylinositol (LPI), an “oncolipid” that has been implicated in the proliferation (the growth and spread) of certain cancerous tumors, especially ovarian and breast cancers. Pre-Clinical research has shown that LPI interacts with a third type of cannabinoid receptor known as GPR55 (orphan G-Protein Receptor 55), allowing tumors to generate their own vascular systems, a process known as “angiogenesis”. Most importantly, CBDV also interacts with GPR55, so researchers believe CBDV can be used to target and block the receptors that may promote the proliferation and metastasis of certain cancers.

THE TAKEAWAY WITH CBDV

Although much more research needs to be conducted on CBDV, the preliminary evidence suggests it, like CBD, possesses a wealth of therapeutic potential. It not only interacts with the endo-cannabinoid system (CB1 and CB2 receptor sites), but it activates a unique receptor site known as GPR55. Could CBDV be the next big thing in cancer treatment? In any case, we should start including CBDV in our discussions about the therapeutic benefits of hemp-derived cannabinoids!

As a quick F.Y.I., we have recently sourced a very special whole plant CBD extract extremely rich in CBDV, clocking in at 13% CBDV! This means that going forward our products will be much richer in CBDV. Our tinctures will contain almost 60 mg!