Does CBD Really Cause Liver Damage?

A recent article published by Forbes entitled "Marijuana Study Finds CBD Can Cause Liver Damage" has created quite a stir. Since I take CBD almost on a daily basis, I, like anyone else who takes CBD as a daily dietary supplement and reads this disconcerting headline, has a right to be really concerned. But wait a second. Don't freak out just yet. As we all know, journalists are not scientists, and they often use extremely misleading and sensational headlines to capture our attention. Upon further analysis, a more accurate title for this Forbe's article should be, "Study Finds CBD Can Cause Liver Damage IN MICE." For the record, this study was NOT conducted on humans. By the way, the results of this study were published in the journal Molecules.

So, first off, let's get something straight right away. Mice are not humans. Although animal models are often used to predict possible impacts on human health, various problems can arise when researchers make predictions about human health based on the results of such studies. Although animal models may suggest a potential issue, human trials will be the only sure way to determine if CBD really does cause liver damage. 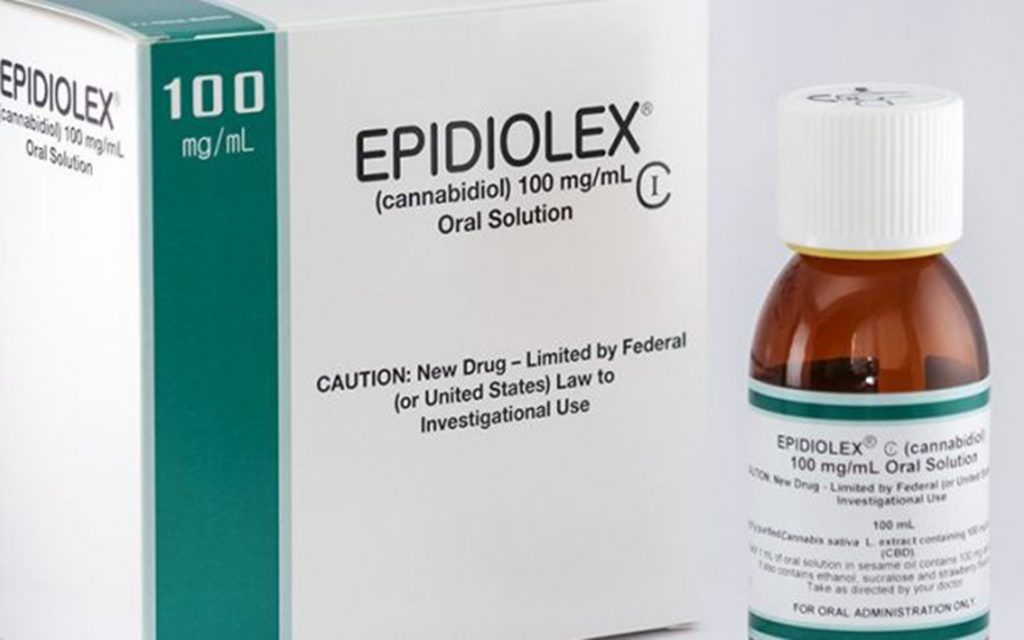 Last year, Epidiolex was approved by the FDA to treat intractable epilepsy. It costs over $30,000 per year.

To add to the hysteria, the Forbes article makes reference to the fact that the FDA approved anti-seizure medication, Epidiolex, includes a black box warning about possible liver damage in humans from taking the drug. Lead study author Igor Koturbash, PhD, recently said, "If you look at the Epidolex label, it clearly states a warning for liver injury. It states you have to monitor the liver enzyme levels of the patients. In clinical trials, 5% to 20% of the patients developed elevated liver enzymes and some patients were withdrawn from the trials." Although these statistics may appear alarming at first glance, the Epidiolex liver warning must be interpreted with two major things in mind. The first of these is that Epidiolex may cause a rise in

liver enzymes and lead to liver injury, but not necessarily CBD itself.

So what else is in Epidiolex besides CBD isolate? After a quick Google search, according to RxList.com Epidiolex contains the following inactive ingredients: dehydrated alcohol, sesame seed oil, strawberry flavor, and sucralose. So upon further investigation, Epidiolex contains some suspect ingredients. One of those suspect ingredients is the dehydrated alcohol, otherwise known as anhydrous ethanol or absolute ethyl alcohol. Dehydrated alcohol is widely used in medicine as a solvent because of its ability to dissolve non-polar substances –– in this case, the CBD itself. It is a well known fact that alcohol itself is harmful to the liver, so this could potentially be a culprit for liver harm. Artificial strawberry flavor can't be too good, either. The last ingredient on the list is sucralose. Sucralose is another name for Splenda. It's really quite ironic that another animal study (conducted on rats, not mice) concluded that sucralose should be taken with caution to avoid liver damage, as the rats in the study show unequivocal signs of liver damage upon regular ingestion of sucralose. The responsible authors of the article suggest the need to conduct further studies on humans to prove the link between regular Sucralose consumption and liver damage.

Another thing we would like to discuss are the specific liver impairment warnings and precautions listed by the manufacturer for Epidiolex. There is a specific section about "Patients with Hepatic (liver) impairment" who take Epidiolex. After careful reading, it seems that patients who have a predisposition to moderate or severe liver impairment are the most at risk for this liver enzyme issue. If you have normal liver function or mild liver impairment, there doesn't seem to be any problem whatsoever. Another important thing to note is that people who are taking Valproate and/or Clobozam (two other seizure medications) and Epidolex together are at the greatest risk for liver impairment. "Concomitant use of EPIDIOLEX and valproate increases the incidence of liver enzyme elevations." Furthermore, in Epidiolex treated patients, the incidence of ALT enzyme (which stands for alanine transaminase) elevations greater than 3 times the ULN (upper limit of normal) was 30% in patients taking both concomitant valproate and clobazam, 21% in patients taking concomitant valproate (without clobazam), 4% in patients taking concomitant clobazam (without valproate), and 3% in patients taking neither drug. So again, we must emphasize people with normal liver function to mild liver dysfunction were not at risk for liver damage or elevated liver enzymes.

Lastly, perhaps you’ve heard the expression, ”the dose makes the poison?” In the Epidiolex human trials, the patients who were at the greatest risk for liver impairment were the ones taking extremely high doses of Epidiolex (20 mg/kg/day). At this potency, an 150 lb (68 kg) patient would be taking upwards of 1400 mg CBD per day (20 mg x 68 kg). The average person we surveyed takes between 25 and 100 mg CBD per day. We also must not forget that this liver impairment occurred primarily in patients who had pre-existing liver problems or in patients taking other anti-seizure medications in conjunction with Epidiolex.

As for the most recent animal model study alleging CBD causes liver damage in mice, the dose also makes the poison. The following excerpt is taken directly from the article’s discussion of the study’s results: “this study, we demonstrated that CBD, when delivered orally to mice in the form of a concentrated CBD-enriched Cannabis extract, has the potential to cause liver injury. In the acute toxicity study, the highest CBD dose (2460 mg/kg), exhibited clear evidence of hepatotoxicity as indicated by marked increases in serum ALT, AST, and total bilirubin as well as increased intrahepatic concentrations of oxidized glutathione. Interestingly, this dose did not result in consistent increases in liver-to-body weight ratio; however, a similar response was observed in rhesus monkeys injected with sub-lethal or lethal doses of CBD…”

Ok everyone, wait for it, here is the clincher. The authors of the mouse study go on to say, “Although 2460 mg/kg (MED of 200 mg/kg CBD) is not applicable to most real-life scenarios…” OK! STOP right here! The authors of this paper have just admitted that this ‘sub-lethal dose’ of CBD does not truly reflect a real life scenario, as the dose of CBD required to cause liver damage IN MICE or HUMANS is pretty freakin’ high. To add insult to injury, upon further investigation the CBD extract used in the mouse study was made by the researchers themselves and it was not fully purged of hexane, the solvent used to extract the CBD from the plant material. Hexane is a hydrocarbon solvent and lab animals exposed to hexane have displayed signs of hepatoxicity as well.

To conclude this blog, given the easily misinterpreted data concerning purported liver damage in recent animal models and the whole host of problems of viewing this data against the Epidiolex trials and the specific liver precautions given by the manufacturer for the CBD containing drug, we are calling a stop to the fear mongering. Until human models show an unequivocal link between small to moderate doses of CBD itself (not Epidiolex, which as we have shown contains other suspect inactive ingredients) and liver damage, we will be highly skeptical of the link between CBD and liver damage.

We would love to hear from you if you are a daily CBD user, especially if you’ve experienced elevated liver enzymes after taking CBD!

** DISCLAIMER: Sow Eden is not giving medical advice, nor are we doctors. You should always consult with your doctor before starting any new dietary supplement. Sow Eden’s products have not been evaluated by the Food and Drug Administration. They are not intended to diagnose, treat, cure, or prevent any disease.